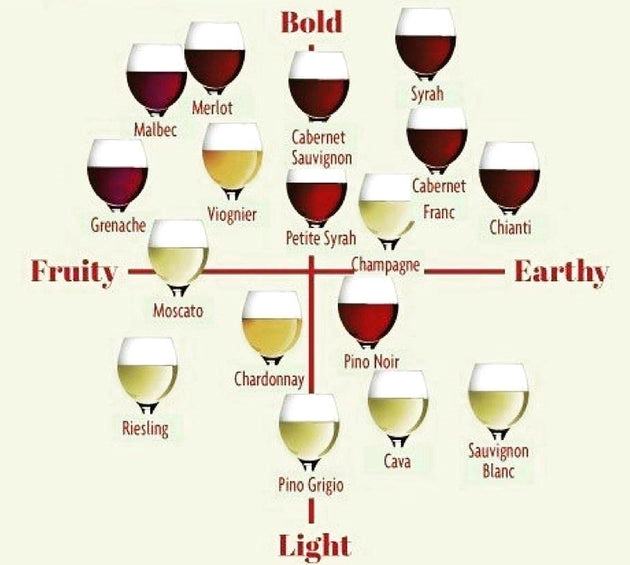 Learn where wine flavors come from, how to smell them, and what flavors to expect in Cabernet, Shiraz, Pinot Noir, Chardonnay, and Sauvignon Blanc.Understanding the flavors in wine starts with a seemingly simple question:

Where do wine flavors come from? 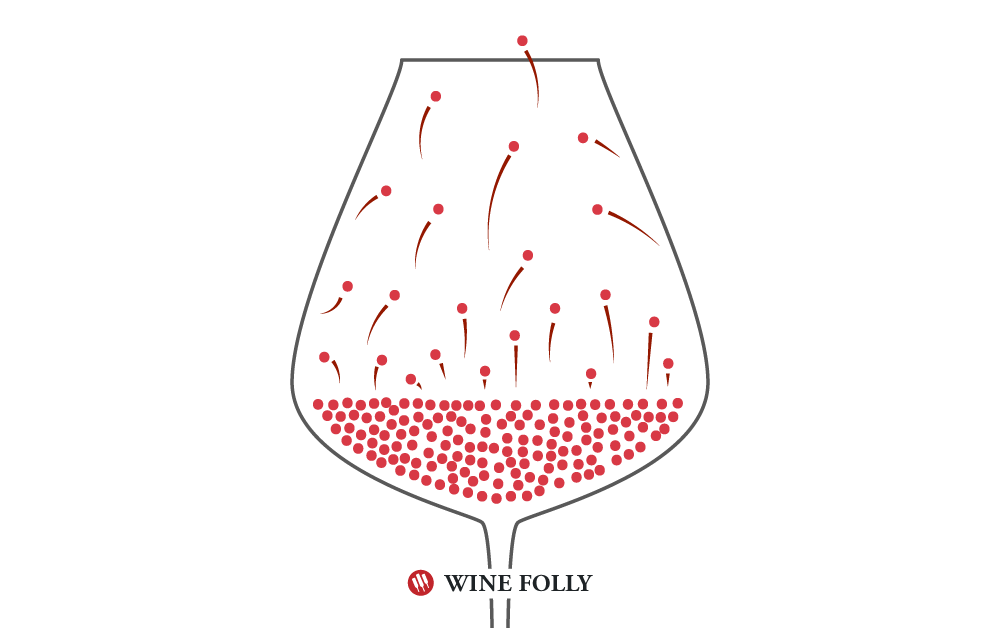 Ethanol molecules lift off from the surface of the liquid during evaporation, carrying with them a slew of other aromatic compounds. These compounds float into our noses and give wine its many flavors. 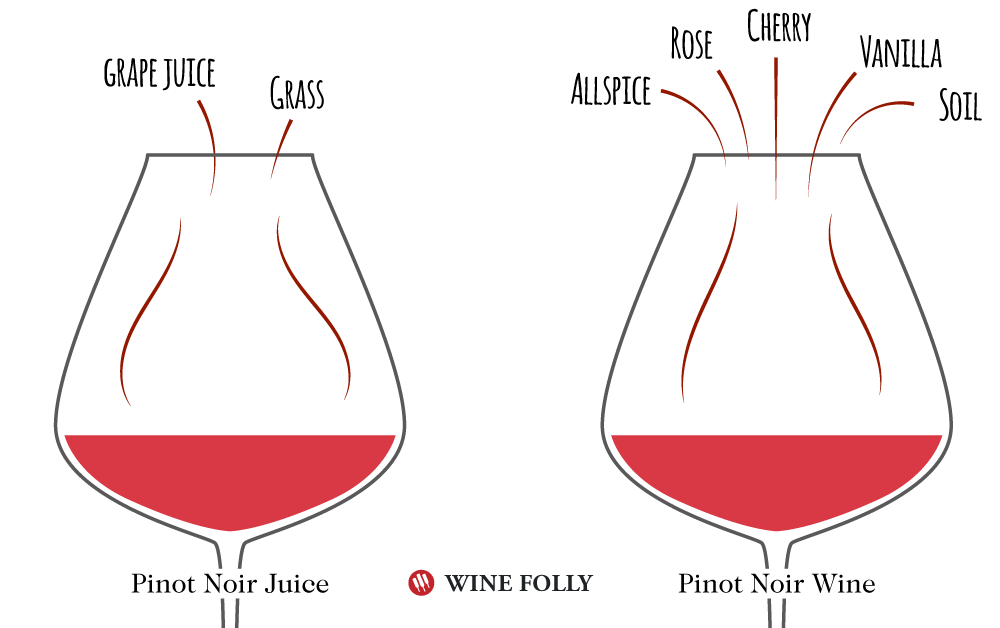 But this doesn’t explain why Pinot Noir juice smells nothing like Pinot Noir wine.

If cherries aren’t an ingredient in wine, then how come some wines smell like cherries?

At the atomic level, aromatic compounds in wine look identical to – or are mirror images of– smells you already know. When you sniff cherry in wine, you are smelling the identical aroma compounds that also waft from a freshly baked cherry pie. (Egads, now I’m hungry!) 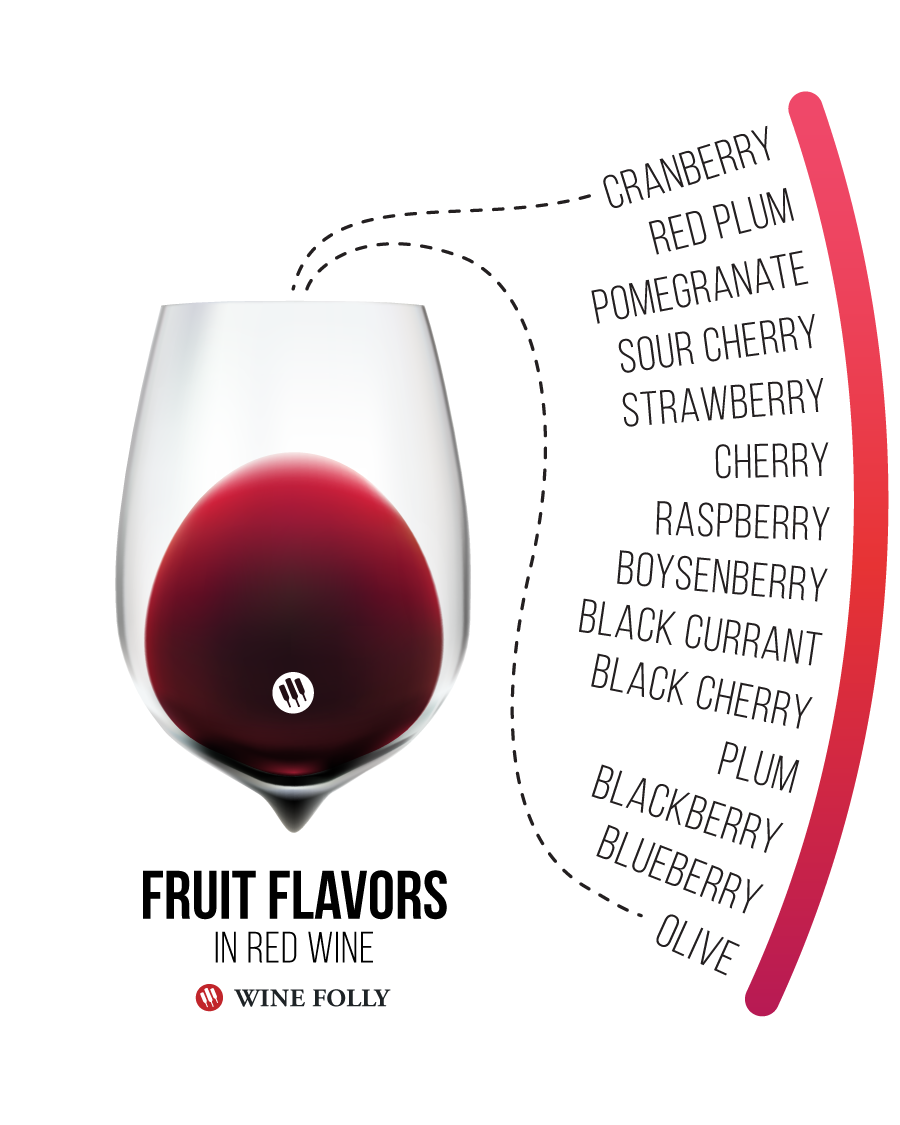 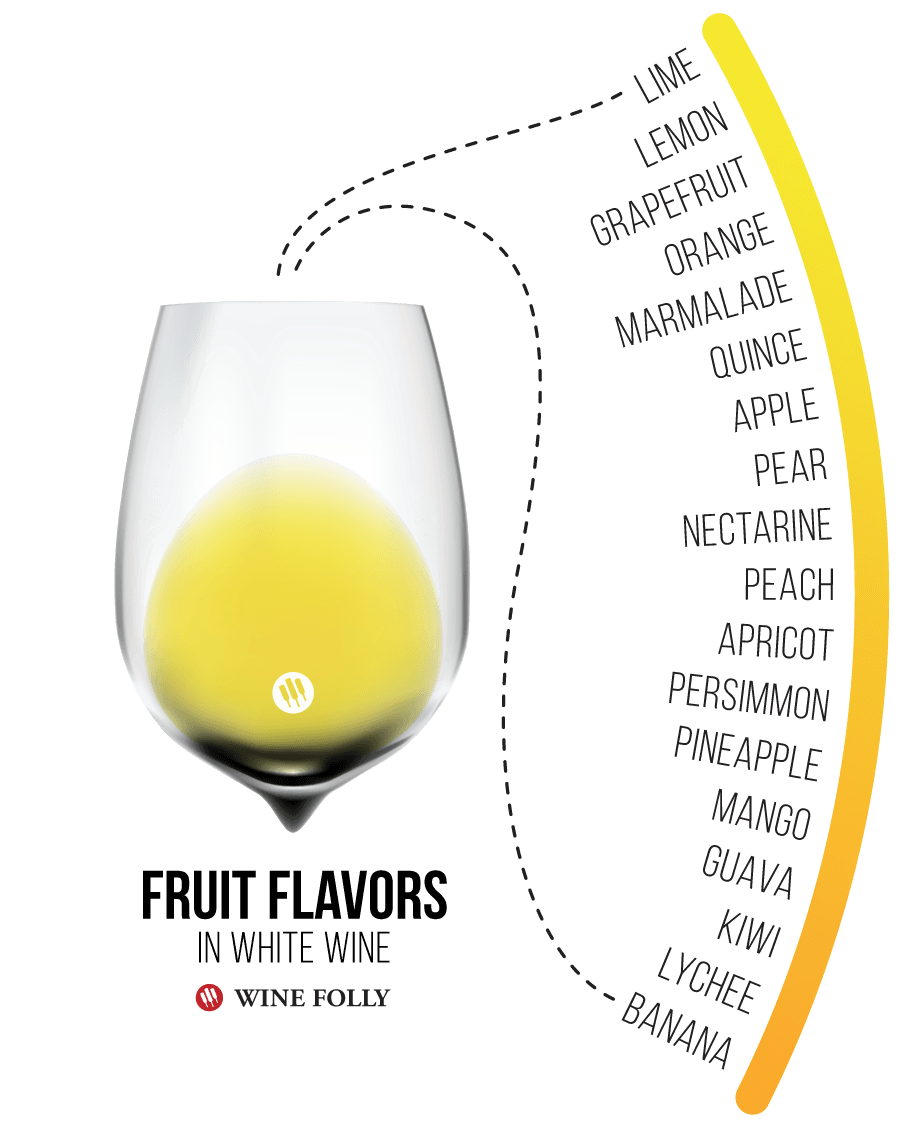 Both red and white wines can have subtle (or not-so-subtle) aromas of fresh flowers, roses, green herbs, leaves, green vegetables, and/or stems.

Don’t be surprised if you get whiffs of cheese, bread, milk, butter, bacon fat, petrol, nail polish, potting soil, or petrichor (smells like freshly wetted asphalt in the summer – side note: I’m addicted to this smell…). 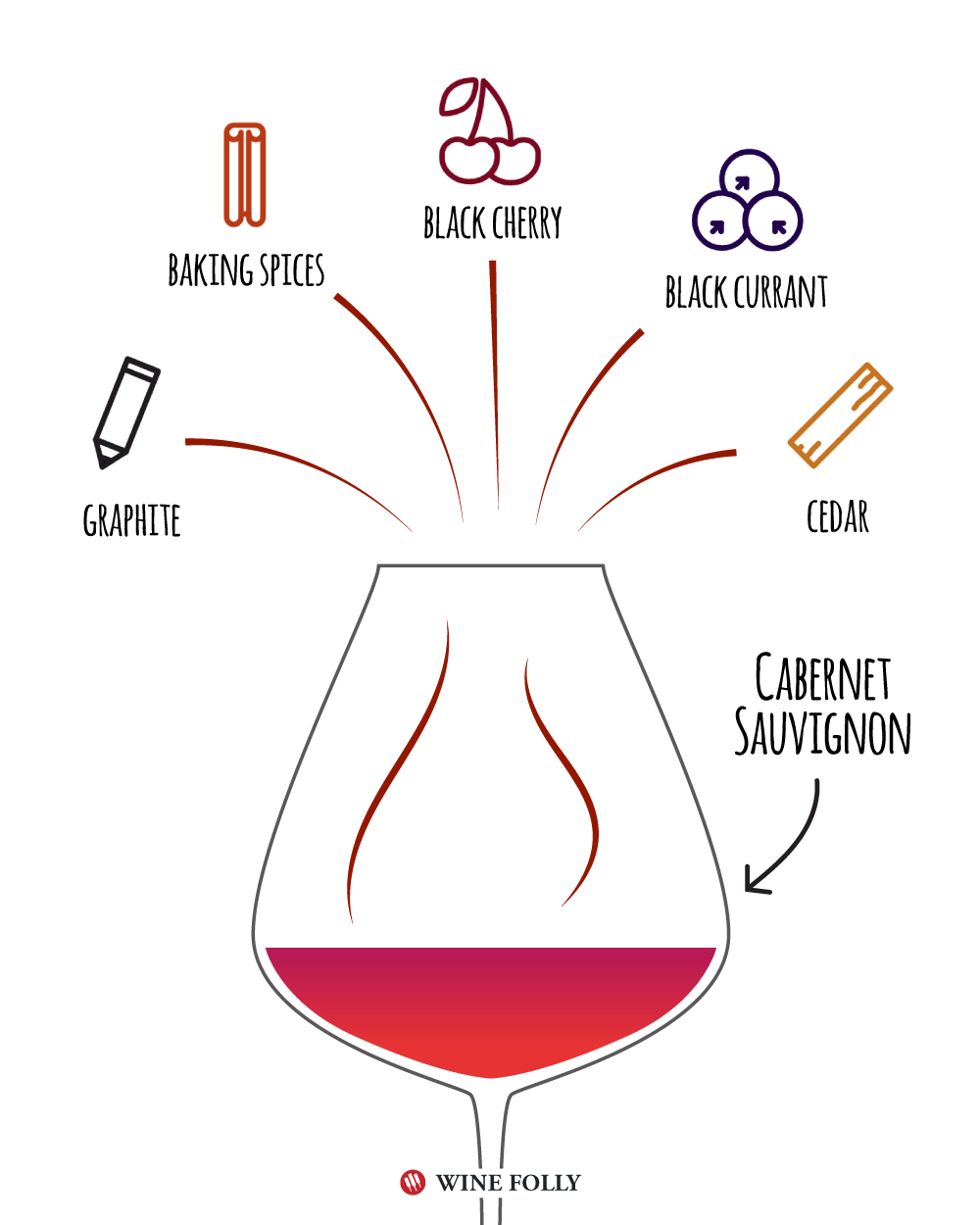 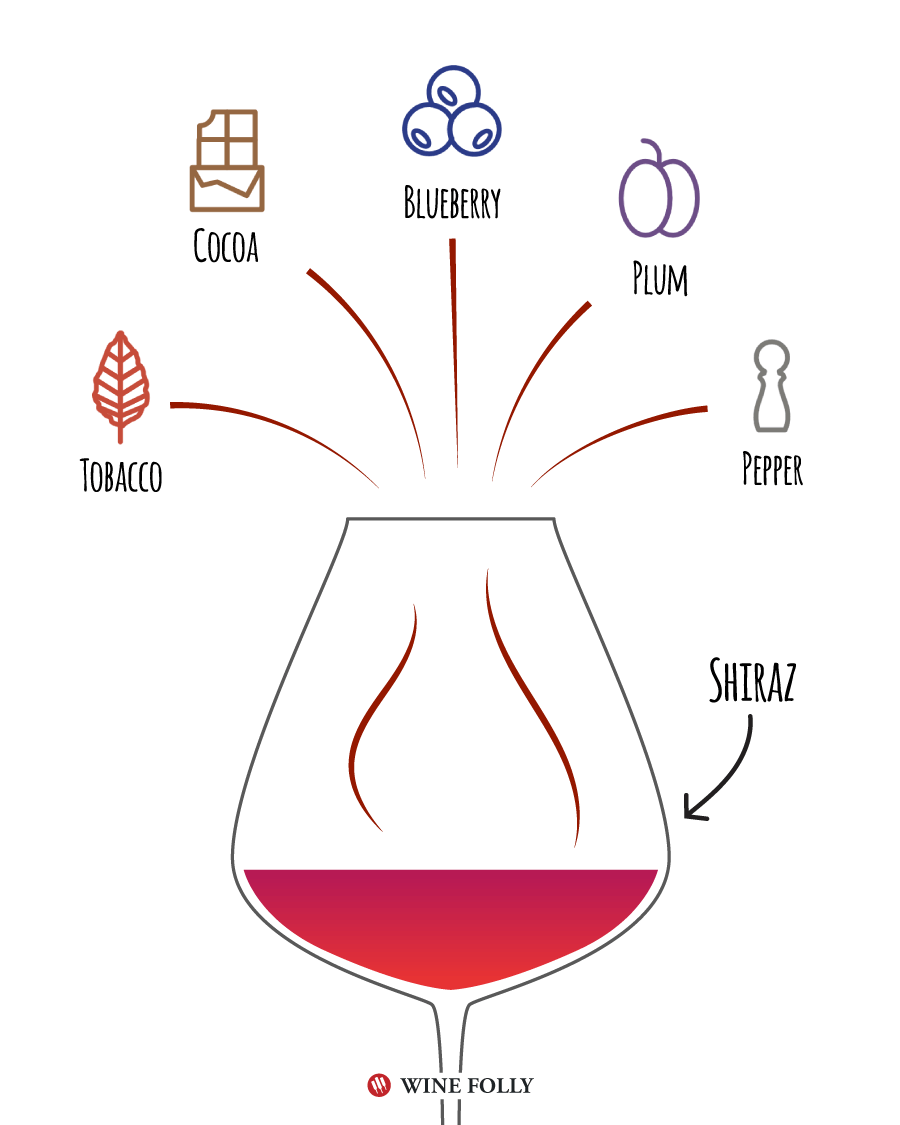 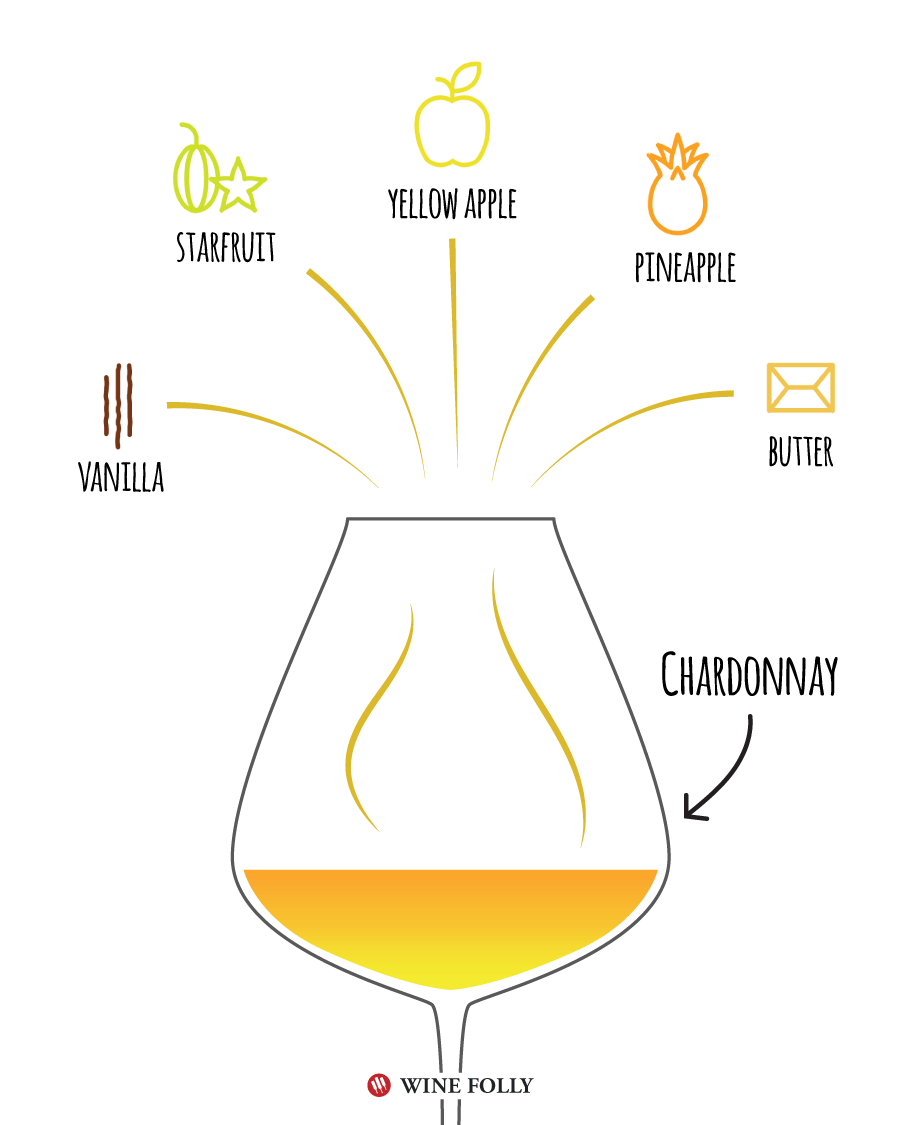 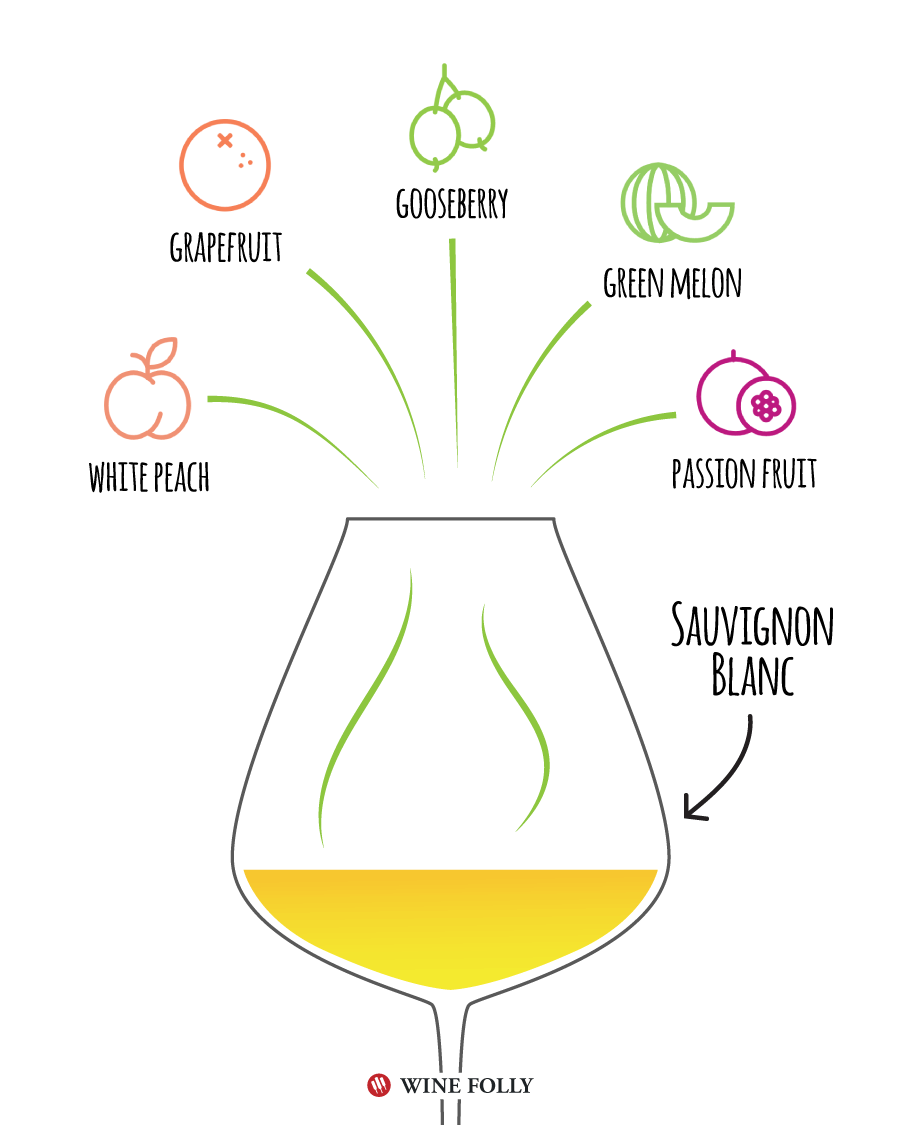 If I smell cherries and you smell pepper, who’s right?

Look at your nose. Now imagine (or look at) someone else’s nose. (Don’t stare!) They look pretty different right?

Differences in our physical attributes, along with how our brains process smells, partially explain why we each pick out different wine flavors and smells. 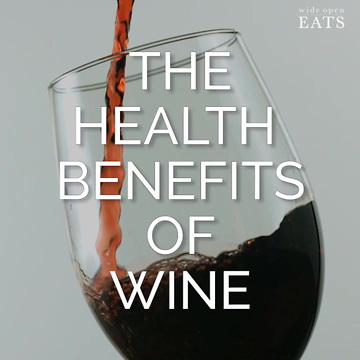 What 2 glasses of wine can offer your body??? 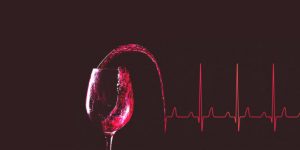 Furthermore, drinking 4 glasses of wine per week reduces the likelihood of prostate cancer by half. 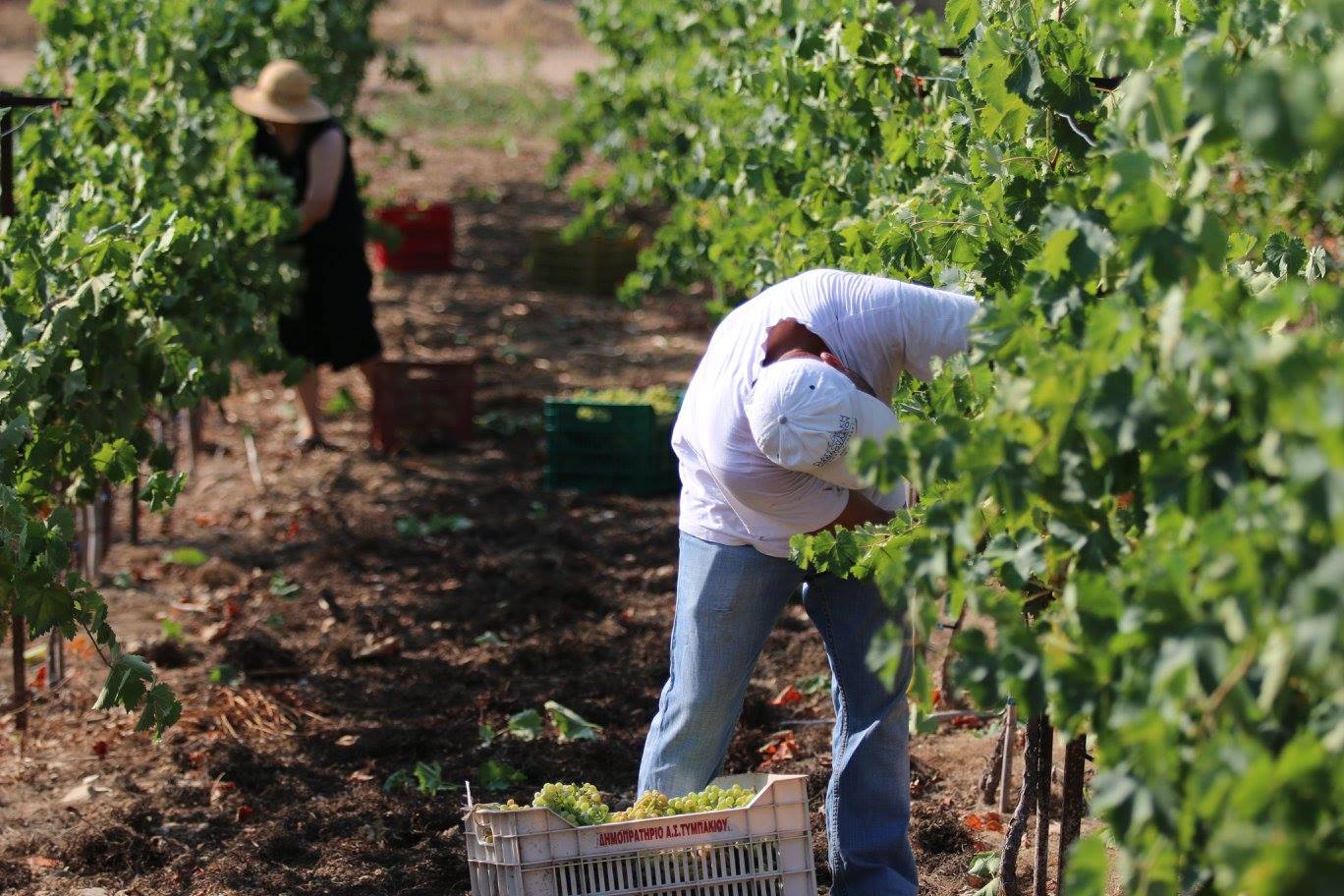 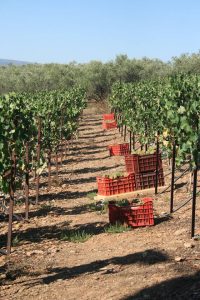 Because its Grape harvest time we thought of sharing an article that relates to wine and its history on our island.

Crete as you will see has a very long tradition in wine making.

The history of the vineyard can be traced back to the furthest reaches of time. Seeds of wild vines have even been found in caves inhabited by prehistoric nomadic tribes. Before the ice age, the vine flourished in the polar zone. Glaciers, however, limited its spreading and pushed various species of wild vines towards warmer zones, such as central and eastern Asia, central and southern Europe, but also the greater area of south Caucasus. That is the birthplace of Vitis vinifera, the wine-bearing vine, several varieties of which are almost exclusively being cultivated today.

The art of viticulture is said to have started with the agricultural revolution around 5,000 BC. The Arians (ancestors of Indians living in the area of Caucasus-Caspian Sea), the ancient Persians, the Semitic people and the Assyrians are considered to be among the first known vine growers. In fact, at that time, wine was known even in ancient China! The art of viticulture and winery was then passed on to the Egyptians, the various peoples of Palestine and Phoenicia, and the Greeks. Egypt had a long tradition in winery, starting prior to 4000 BC: Ancient Egyptians even used mechanical presses, while amphorae of the New Dynasty (1600 – 1100 BC) have also been discovered, indicating origin, harvest and winemaker. Around 1700 BC in Mesopotamia, Babylonian king Hammurabi had passed legislation on the price of wine, but also on having it consumed only during the period after harvest (ageing obviously was an unknown concept at the time). Despite their long tradition, these people soon lost their reputation as great winemakers, which is probably due to the fact that better vine varieties started growing in the Mediterranean climate of Phoenicia and Greece. The Semitic people of the eastern Mediterranean got acquainted with wine early on, judging from the numerous accounts found in the Old Testament. The significance of wine in social life was so great; one has only to consider that Jesus Christ performed his first miracle at Cana in Galilee, turning water into wine so that the wedding he was invited to could continue. Phoenicians were renowned winemakers, but also merchants: Phoenician wine amphorae have been found in every region of eastern and central Mediterranean. One of the first great centers of maritime wine trading was Tyros.

Greeks developed winery to a great extent, almost establishing a monopoly in the market for centuries. They acquired knowledge of wine probably when they first settled at their current land. It is not certain whom they learned the art of winery from, but, according to one of the most prevalent theories, they learned it from the eastern people (Phoenicians or Egyptians), with whom the Greeks, especially the Minoans, had developed commercial relations. Wine as a core element of the first European civilization.

However, the history of wine in Crete and its bonds with the island have deeper roots, dating even further back than the Homeric epics. One hundred years have passed since internationally-acclaimed archaeologist Sir Arthur Evans brought to light the miracle of the Minoan Civilization in Crete.

At the palace of Knossos, the oldest architectural monument in Europe, luxurious four-storey buildings were found, with services the rest of Europe acquired several thousands of years later. Evans was so impressed by the living standards of ancient Cretans he very often praised them in front-page articles in the world’s most popular journals. The multicolored wall-paintings in Minoan Palaces depict a life full of creativity, good taste and in complete harmony with the natural environment. Minoans cultivated their land and tasted what it so generously offered. Hundreds of tablets discovered by archaeologists show a flourishing economy with agricultural, livestock-raising and commercial activities.

The main products Cretans successfully cultivated and traded were olive oil, cereals and  wine. The vine has known around 4000 years of systematic cultivation in Crete! No wonder that the oldest wine-press (3500 years old) was found in the region of Vathipetro. Homer informs us that, at his time, Cretan wines were renowned throughout the known world. Apart from the 3500-year-old wine-press, impressive amphorae, vast underground wine storage facilities and relevant drawings in all Minoan Palaces provide evidence not only of wine’s central role in the life of the island, but also of the sophistication of the Minoans’ know-how. However, Cretan wine was not confined to the island. It travelled. Minoans went all around the Mediterranean, their ships filled with products of the Cretan land. So they reached the court of the most powerful man in the world, the Egyptian Pharaoh: Egyptian wall paintings depict Cretan ships arriving at Egyptian ports. Merchandise included amphorae, probably filled with Cretan wine. At the wreckage of such a ship off the coast of Turkey, archaeologists found a sealed amphora filled with wine over 3000 years old. Vine-growing and winemaking continued unabated throughout the ages. The Law Code of Gortyn, the oldest legal text in Europe, includes the first set of rules on vine-growing.

A few centuries later, when Crete became a province of the Roman Empire, the Romans realised that their needs in wine – a commodity they were particularly fond of – was too great to be met by the vineyards of the Italian peninsula. They eventually turned to Crete. Its plains and hills were gradually turned into vast vineyards, while Cretan winemakers increasingly improved their vinification skills and produced excellent sweet wines which, through Rome, conquered the entire known world at the time.

Many Greek and Latin writers of the time spoke very highly of Cretan wine, which was also considered to have medicinal properties. The numerous Cretan amphorae found offer indisputable proof of this ancient commercial success. What is more, one such amphora found in Pompeii had CRET EXC inscribed on it, which, according to experts, means Exceptional Cretan Wine.

Christian tradition slowly started to dominate the world and the star of the pagan Roman Empire started to fade. But wine still held a high place in people’s lives. Greece, together with almost the entire Mediterranean world, became part of the Byzantine Empire, the first Christian superpower which was beginning to form. Crete took part in a series of wars and went through tumultuous times which did not favour vine-growing and winemaking. Finally, it was conquered by the Venetians in 1204. In Byzantine Greece, wine production and wine exports in particular started dwindling. Cretans, however, taking advantage of both the security and the commercial networks offered by the Venetians, set off for a second time in their age-old history to dominate the European wine markets – and this time for longer. Cretan winemaking and exports thrived under Venetian rule. In 1415, annual exports of exceptional quality wine exceeded 20,000 barrels. One and a half century later, exports reached 60,000 barrels. In 1669, Crete was conquered by the Ottomans. For the next two centuries, there is no clear picture of wine production in Crete, but Islam’s prohibition of wine consumption must have had a negative impact. Nevertheless, even the supreme religious and political leaders of the Ottomans, the Sultans, often succumbed to the temptation of this exceptional drink. 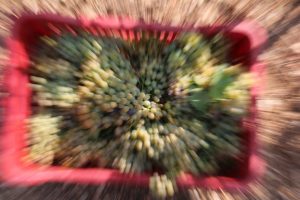 Cretan wine in the 20th century

Crete was liberated from the Ottoman rule in the late 19th century. The new and fairly progressive independent administration of the island promoted the restructuring and updating of agricultural production with all its might. The wheels of wine production thus started turning anew. In the international fair held at Hania at the beginning of the 20th century with the aim of promoting new Cretan products to the markets of the West, 18 winemakers were awarded prizes for the quality of their wines. In 1913, Crete was annexed to the Greek state. But Greece’s tumultuous history over the next decades, with one war after the other, did not favour exports, affecting wine in particular. Despite adverse conditions, however, Cretan winemaking tradition survived all these hard years, owing to its core unit: the family. To this day, many modern companies producing and exporting wines, which are becoming all the more popular in foreign markets and are awarded prizes in international competitions, come from families of large and medium landowners, who kept both tradition and their love of wine alive all these years.

In modern reality, Cretan wine has long attracted the attention of and is being increasingly preferred by the general public. Cretan wines are a valuable heritage of traditional varieties, in complete harmony with the island’s climate. The great number of local varieties, the diversity and uniqueness of various wine regions, but also the long Cretan wine tradition form the foundation of Cretan wine’s high quality standing and ongoing growth.

This tradition, however, would not bear fruit without knowledge and technology. Cretan winemakers took recent advancements, but also the consumers’ preferences, seriously into account. This is largely due to the existence of a new generation of winemakers, enologists, viticulturists, etc. who are trying to improve all aspects of Cretan wine with knowledge, vision, and passion. New varieties are being tested, and new aromas and flavors are emerging, presenting the consumer with fine wines, which can satisfy all tastes and needs. Making good use of traditional vine varieties and age-old experience, modern wine producers in Crete have managed to elevate Cretan wine to its rightful position.