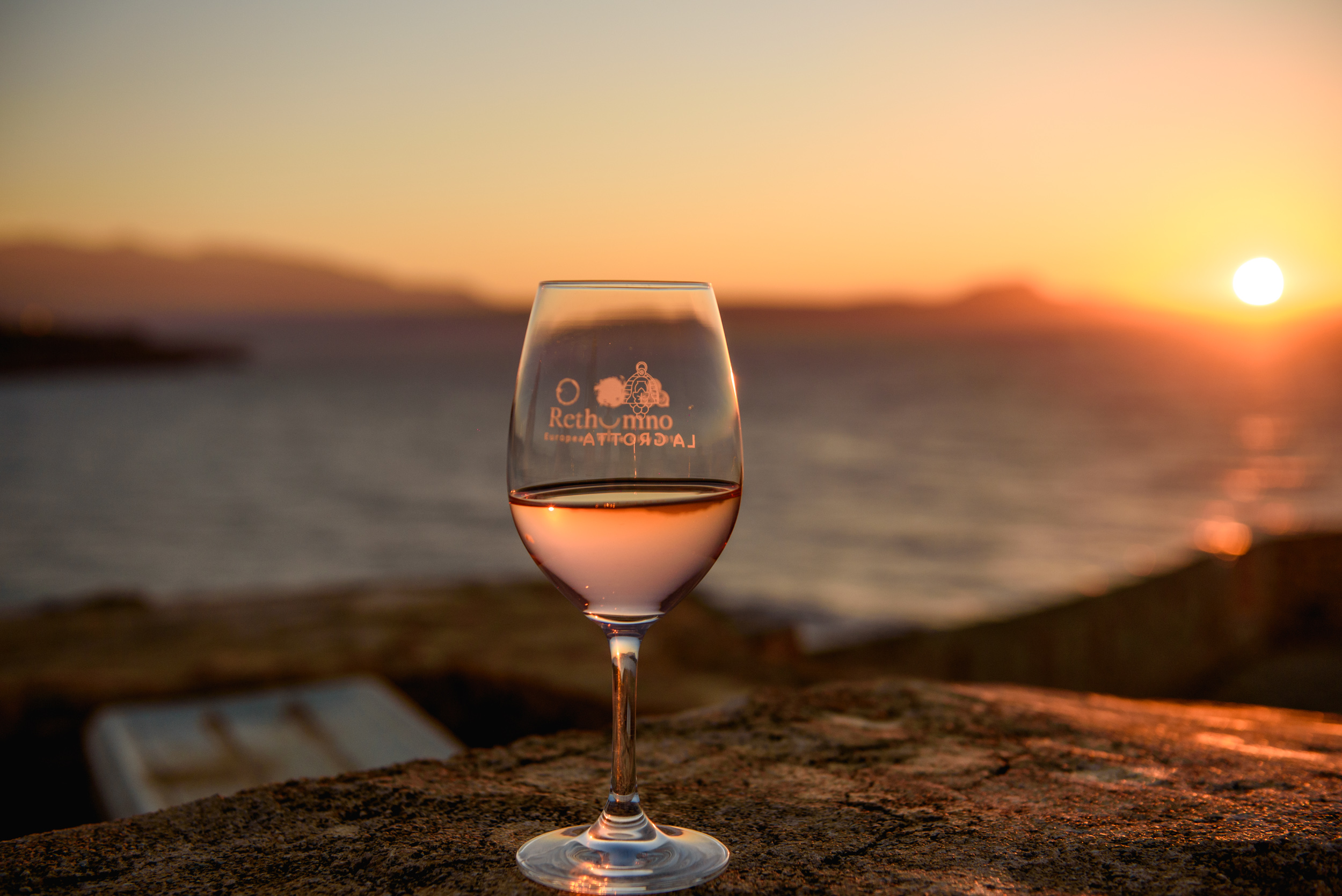 Vilana is a local variety found mainly in the regions of Heraklion and Lasithi. The best examples from Heraklion are produced out of PDO Peza and must be pure Vilana, while Lasithi’s production excels in the specific area of PDO Sitia—where Vilana is blended with Thrapsathiri. The hallmarks of Vilana wine are a moderately deep yellow color, medium intensity of aromas, and flavors showing notes of lemon, orange, pear, and herbs. On the palate it is fresh, light in body yet broad in shape, with soft acidity and medium alcohol. Vilana is a straightforward, thirst-quenching white wine for a warm summer day—soft, appealing, and easy to drink.

Daphne is an almost extinct white grape local variety of the island of Crete that got back in the spotlight of fame. This was achieved by producing dry white wines that are intense in aromas and round on the palate, while keeping alcohol levels moderate. It originates from the general area of Heraklion and, although vineyards remain much localized, growers are increasing planting more Daphne. Daphne in Greek means “laurel” and it is clearly evident why that name has been given to this full flavoured grape –laurels, wet leaves and pungent herbs, coupled with ripe yellow and white fruits. The palate is highly particular in structure –although it possesses extract, power and soft acidity, alcohol levels are surprisingly modest. Daphne wines are made to be consumed within three years after harvest, but the more adventurous wine lovers that enjoy complexity could keep some bottles for at least three additional years.

The Cretan Plyto is such a remarkable case of a local variety which was literally snatched away from the verge of extinction. At present, Plyto is responsible for a small number of white wines but it does show great promise of potentially becoming one of the key native varieties which will be called upon later on to shoulder the representation of the historic island of Crete’s wine profile. Sightings of Plyto planting in eastern Crete itself is a rare occurrence: it was Heraklion winegrowers who actually helped the variety make a comeback in their own area by looking for Plyto, identifying it, and replanting it: Modern irrigation methods in Heraklion’s contemporary vineyards seem not only to have helped this rare grape variety overcome its aversion to droughts but to have enhanced its lemony character and resplendent freshness as well. On its own or blended with more robust and mature varieties such as vidiano, Plyto seems to possess the potential for outstanding performance.

Old, native, with a fine aroma, the most remarkable white variety of the Cretan vineyard with special roots from Rethymno which also participated in the preparation of the Cretan sweet Malvasia wine.It produces wines with lemony green colour, intense, individual and very complex aromas of ripe peach and apricot, hints of aromatic herbs and minerality. On the palate they are full and have elevated levels of alcohol, but the moderately high acidity keeps them in balance. The style of Vidiano can be rich but never hot or dull. Most producers try to unlock the true potential of the grape, planting it in cooler high altitude vineyards or blending it with other varieties.In recent years, the shift in the projection of old, forgotten varieties gave great boost to the cultivation of this particular variety, resulting in being now found in large areas of vineyards and to be fairly characterized as the white “Diva” of Crete.

Thrapsathiri is grown all over Crete, from Chania to the west to Lasithi to the east. The most acclaimed wines come from the latter area where PDO Sitia is located. PDO Sitia white wines are blends of Vilana and Thrapsathiri but several producers of the island make single varietal wines of Thrapsathirι. Thrapsathiri wines have a pale lemon green colour, a moderately intense nose, mainly melon and peach. On the palate they have a relatively full body, notable alcohol and a mild acidity.

One of the most important varieties cultivated for centuries in Greece and abroad, as well. This particular clone of Moschato is a small-berry treasure that gets its name from the community of Spina, located in the prefecture of Chania. The Local Variety is maybe famous for the grape’s powerful aroma but the thin skin of Muscat of Spinas imparts a delicate character to the wine, which results in an excellent dry wine and charming dry blends. Muscat of Spinas has light greenish color with intense floral aromas . Moderate and dry body with refreshing acidity and a feeling of flowers that lasts during its moderate finish.

Malvasia di Candia represents both a grape variety and an ancient wine style from Crete with its heydays dating back to the Venetian occupation of the island. It is one of the most elegant and aromatic varieties of Crete. It can be found mainly in Heraklion. Malvasia is a Local Variety that follows its own path in wine history offering its crazy perfumes and its elegant character. It gives excellent wines with intense aromas and high acidity. Based on its particular characteristics it offers exceptional sweet wines. Golden – yellow color, fruity and citrus notes. Soft and creamy in the palate, with excellent balance of flavor and characteristic aromatic aftertaste of jasmine and primrose.The slight sweetness emphasizes the fruit, with the peach, the lime and the pear being dominant, while its long aftertaste leaves a lemon feel in the mouth. 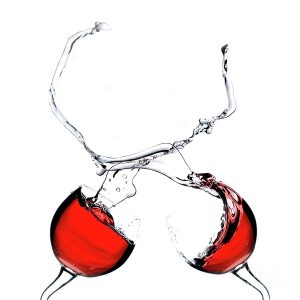 Kostifali is the benchmark red Local Variety of the celebrated vineyards of Crete, defining the style of the dry reds coming out of one of the most significant wine-producing regions of the Aegean Sea. Since red grapes are much more important on the island than whites, Kotsifali can be considered as the real soul of Crete. It is grown all over Crete. But the best wines come from the area of Heraklion, specifically in PDO Peza and PDO Archanes. Both designations have to be a blend of Kotsifali and Mandilari. Kostifali, on its own, produces a wine that can be described as “typically Mediterranean”. Low in color, intense on aromas, relatively high in alcohol, soft in tannins and acidity. For these reasons, most Kotsifali is blended with numerous red grape varieties, either Cretan—most notably Mandilari—or international.

Mantilari is the king of the Local red Varieties of the island. Its wildness and power make it special. Because of its good acidity, it gives wines very dry and full. The heart of Mandilaria beats in the Aegean Sea and in Crete. It is not a coincidence that there, it is involved in the production of PDO Peza and PDO Archanes red wines. In the windswept and sun-kissed vineyards of these islands. Mandilaria – usually goblet shaped, acquires extraordinary characteristics. eep dark color, overripe fruit aromas, fleshy aromas (such as leather) and medium body, with unrestrained, robust tannins. With hard work in the vineyard and in the winery, but also by blending with other varieties many noteworthy winemakers are trying to tame the generally rampant nature of Mandilaria. However, a few years in the bottle is probably the best way to find ourselves in front of a “European” wine, which through its taste brings in mind its wonderful place of origin.

The name Liatiko is a short-form of the Greek word for July (Jul-atiko). An allusion to the fact that the grape ripens early in the growing season. The Liatiko berry is Local Variety has very dark, deeply pigmented skin. This color is notoriously hard to extract and keep. Liatiko musti s typically quite pale, and loses much of its tint during maturation, whether in tank, barrel or bottle. Dafnes, in central Crete, is Crete’s only Liatiko-specific appellation, all Dafnes wines must be 100-percent Liatiko. In Sitia, at the far eastern end of Crete, Liatiko is blended with Mandilaria for added depth of color . Liatiko wines are produced in both dry and sweet styles, the latter using sun-dried grapes and sometimes fortified, depending on the producer. Sweet Liatiko are highly prized and often regarded as the best expression of the variety.