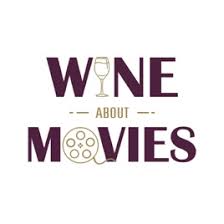 If yes, then you have landed in the right place.

This movie takes place in the Napa Valley and stars Keanu Reeves. Many of the winery vineyard scenes were shot at the Mount Veeder Winery and the Mayacamus Winery. Keanu Reeves is a soldier returning to his wife after four years of service in World War II. He meets a wonderful woman on the bus and it turns out her family owns a winery in the Napa Valley, a Mexican-owned winery at that. There many wonderful wine scenes. In one scene, the entire family awakes to fight the frost. The harvest scene is a classic! Another great character in the movie is the patriarch of the family, played by Anthony Quinn, an all-around classy and lovable character. I am not sure why this movie does not get more recognition from the wine buffs. It is very enjoyable.

Is it possible to have a list of wine movies without mentioning Sideways? It was a smash hit back in 2004, and was possibly the first wine-related movie to really break into the mainstream. Actually, many claim that the dip in Merlot sales which still abounds today was directly influenced by the opinions expressed in the film – after all, it’s hard not to identify with the main characters Jack and Miles as they explore wine, friendship, depression, relationships, and generally moving on through life into middle age. Fourteen years later, it’s still good fun to watch, and a great movie to drink along with.

Most movies and documentaries about wine sit in two clear categories: In half of them, there’s a hefty dose of romance and pretty scenery. In the other, we tend to be shown the fussy, somewhat pretentious, and over-the-top nature of the more luxurious world of wine. Mondovino really breaks this mould; it’s a two hour documentary made up mostly of handheld camera footage, and breaks open the secrets behind the damage globalisation is doing to traditional wine industries. It deals with issues of deforestation, pollution, big business, and political influences, and while it’s not the easiest of watches, it will make you swear to stick to your local and boutique wineries from the moment you finish.

This is feel good wine movie about an English man who inherits an old winery and vineyard from his uncle. It is not what he expects but all ends well when he falls for a beautiful woman as he works on the winery restoration. The movie is set in Provence.

This is a movie based loosely on the famous wine tasting in Paris in 1976. In a blind tasting, a California Chardonnay (Chateau Montelena 1973) and a California Cabernet Sauvignon (Stags Leap Wine Cellars 1973) took top honors in a blind tasting over French wines. In “Bottle Shock,” the movie centers on the saga of Chateau Montelena and owner Jim Barrett as he struggles to make and sell his wine. There is a lot of fiction in this movie but it is very entertaining. Sadly, there is no mention of Mike Grgich who was the winemaker at Chateau Montelena at the time.

Take a look inside the life of one of Rock music’s most mysterious and interesting figures. With winemaking in his blood, multiplatinum recording artist Maynard James Keenan sets out to bring notariety to Arizona’s burgeoning wine regions.

Is Malbec, Mendoza’s signature grape, a fad variety or here to stay? After the longest opening credit sequence in history, Boom Varietal attempts to answer this question by talking to winemakers, industry insiders, and exploring the history of the grape in Argentina and abroad.The major detractor in this documentary is the soundtrack, which is overblown and completely distracting.

This is a documentary following four men preparing for the hardest test in the world, the Master of Wine Sommelier. I love the cinematography in this movie. We see vineyards, barrels, wine, wine glasses, and close-ups of each of the sommelier candidates. It is very artistic. I think you have to love wine to really enjoy this movie.

It’s fair to say that quite a few of the wine-related dramas released over the past few decades tend to lean a bit on the schmaltzy side of things. This is absolutely not something you could say of You Will Be My Son, which is – for our money – one of the best wine flicks of all time. It explores the thorny issue of inheritance, and the fact that so many wineries are traditionally passed down from father to son… but what happens when the father doesn’t trust the son, and instead gifts his winery to the hard-working children of his vineyard manager instead? It’s a beautifully shot, deeply dramatic thriller, and really does tick every box for a movie night in.

One of those quirky quarter-life, seize the day comedies, Cement Suitcase is unique in that it takes us out of California wine country (a Hollywood favorite, for good reason of course) and into Yakima Valley, Washington. Franklin has what many would consider a dream job, working in a winery tasting room. But Franklin takes no joy in his job, not to mention: he’s about to lose his house and his girlfriend is cheating on him. Luckily he meets up with quirky Aussie, Jackford (no last name), who shows him how to get more fun out of life.

Demand hugely exceeds supply for the Premiers Crus of Bordeaux. This lavish documentary looks at how China’s relentless pursuit of prestige bottlings affects these chateaus and wine regions as a whole as the landscape changes to the tastes of foreign investors.

While the narration could use a little more oomph, you can’t beat the gorgeous cinematography in this documentary. It’s packed full of information on everything Champagne-related, from how they put in the bubbles, to the strict laws governing the winemaking process, to the social structure of the area itself. Even if you think you know a lot about sparkling wine, you will learn something from this film. Plus it’s just fun to peek into the lifestyle of a place where people drink Champagne as a matter of course, like water.

From the same filmmakers who brought you Somm, this is a follow-up documentary that focuses more on the wines sommeliers love than on the somms themselves. While the criticism that this doc needs more focus is valid, it’s still very informative and perfect for wine geeks. The best parts are watching super-rare bottles opened and tasted in the wineries where they were made, such as the 1969 Dom Ruinart (only 18 left in the world — or 17 now, I guess) or the 1966 Mondavi, the first wine Mondavi produced.

This documentary details the dark side to the wine resale market. This chronicle of excess and deception looks at the fascinating case of a young wine savant who conned investors out of millions of dollars. An incredibly captivating film.

In honor of Rebecca ‘s 50th birthday, Abby  plans a scenic Napa getaway with their best, longtime friends. Workaholic Catherine , post-op Val, homebody Jenny, and weary mom Naomi  are equally sold on the chance to relax and reconnect. Yet as the alcohol flows, real world uncertainties intrude on the punchlines and gossip, and the women begin questioning their friendships and futures. 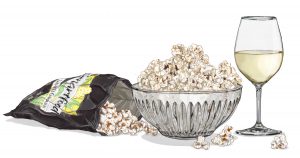